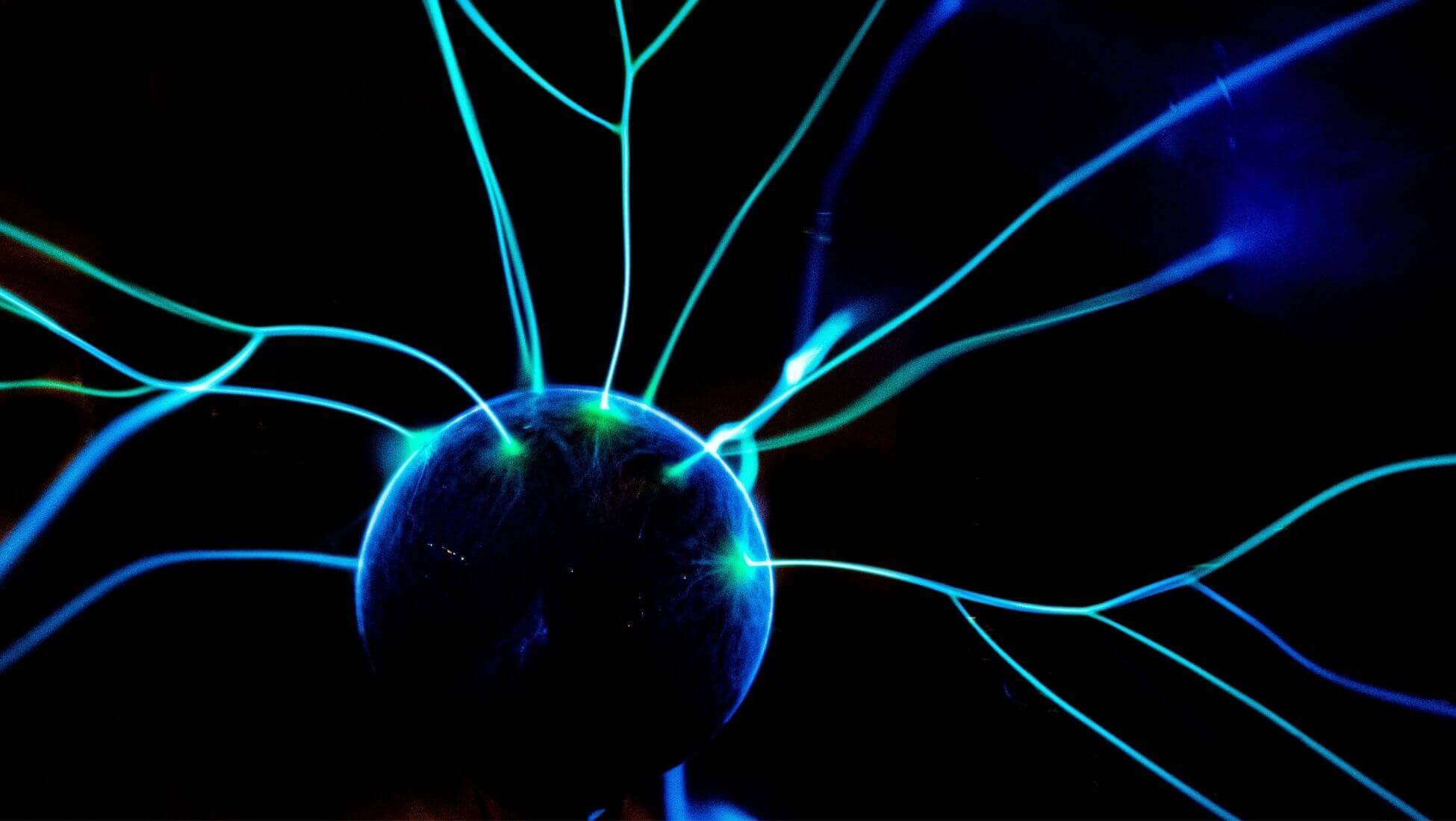 The Trilogy | Discover new trends in biotech and genomics

From Plain Concepts we would like to present: “The Trilogy: A webinar series for experts in biotech”. It is a serie of webinars for all those interested in biotechnology and genomics.
It is divided into 3 parts: the first one with a business and innovation focus, the second one with a technical deep dive approach and the last part will be up to you to schedule with us a meeting during which we will translate the learnings from the session and apply them to your own organization.
This trilogy will address topics such as the future of AgriTech, sustainability, accessibility, its economic growth and its close relationship with Industry 4.0, as well as the use of technology to increase innovation, accelerate R&D achievements and improve output. In the final part, you will have the opportunity to request a personalized session, in which you will be able to apply your learnings and observe your own organization closely.

Watch the biotech event of the year again! 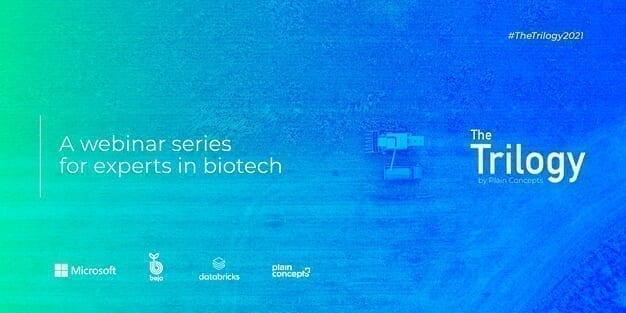 Biotechnology, often abbreviated as biotech, is not a new discipline, but its applications and advances in recent years are increasingly surprising and crucial in our daily lives.

Currently, biotechnology helps us fight disease, hunger, reduces our ecological footprint, saves energy, gives production a safer, cleaner and more efficient character… This is also reflected in Wall Street values, which rank it as one of the most profitable sectors of the NASDAQ composite index in 2019.

In recent months, biotechnology has taken the lead in the pharmaceutical industry, as vaccines are probably the most talked about topic in the world, and biotechnology is the main pillar.

At Plain Concepts, we are technology partners of Biotech and we help companies in the sector to improve their processes in everything they need to become high-level biotech companies.

Biotechnology can be defined as the use of biological systems found in organisms or the use of living organisms themselves to make technological advances and adapt those technologies to various fields.

Biotech uses living cells to develop or manipulate products for specific purposes, such as genetically modified food. It is closely linked to genetic engineering and emerged as a field of its own at the beginning of the 20th century, in the food industry, to which later other sectors such as medicine, agriculture and the environment are added.

This discipline is particularly crucial when it comes to the development of chemical and minuscule tools, as many of the tools used in biotechnology exist at the cellular level. Depending on the technology, tools and applications involved, biotechnology can overlap with molecular biology, bionics, bioengineering, genetic engineering and nanotechnology.

By taking advantage of cellular and biomolecular processes, scientists can make advances and adaptations in several fields, the results of which have led to the treatment of diseases, the reduction of environmental impact and a better use of natural resources, among many others.

If we based on the most basic conception of biotechnology, we would have to go back hundreds of years, specifically to the time when humans began to make bread or beer through the fermentation process.

However, we will focus on the field of modern biotechnology, which began to develop rapidly from the 19th century, with the discovery of microorganisms, Gregor Mendel’s study of genetics, and innovative work on fermentation and microbial processes by giants in the field such as Pasteur and Lister. In 1919, Hungarian agronomist Karl Ereky saw the full potential that could be used to turn raw materials into useful products and coined the term “biotechnology”. Years later, Alexander Fleming shared one of the great events of the 20th century: the discovery of penicillin.

Since the 1950s, this field has been taking off for the better understanding of cellular function and molecular biology in the post-war period. Since then, advances have been making giant leaps, and we see it in examples such as the discovery of the 3D structure of DNA (the 1950s), the development of vaccines for measles, mumps and rubella (the 1960s), massive advances in DNA research (the 1970s), advanced drugs and vaccines to treat cancer or hepatitis B (1980s) or completion of the human genome sequence to treat genetic diseases such as cancer, heart disease and Alzheimer’s (1990s).

Today, the industry has generated giants in the medical industry, as well as thousands of smaller companies that are engaged in drug development or have been involved in areas such as biofuels, bioremediation and food products. 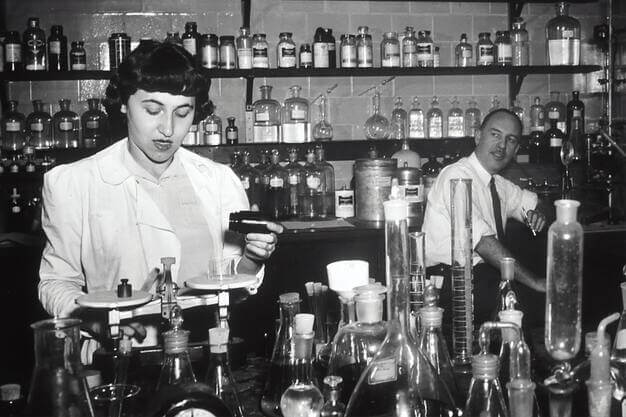 Depending on its uses or applications, biotechnology can be divided into color-separated subdisciplines.

It is responsible for creating new medicines and veterinary products. According to the Biotechnological Innovation Organization (BIO), it is responsible for the development of more than 250 vaccines and medicines such as antibiotics, molecular diagnostic techniques, regenerative therapies and the production of artificial organs.

It focuses on the industrial branch to design and improve processes and products in an energy-efficient manner, as well as to develop cleaner and resource-efficient biofuels. The mission is to create technologies that help in the evolution of a more efficient and sustainable industry that can surpass the traditional.

It is linked to environmental applications for the conservation of biodiversity, as well as the restoration of polluted natural ecosystems, using microorganisms and plants to eliminate the greatest number of substances such as heavy metals and hydrocarbons. That is, using bioremediation processes.

It is responsible for the production of food, linked to the production, for example, of wine, beer or cheese thanks to fermentation. But it is not the only application, as it also investigates how to reduce saturated fats in products and achieve a healthier diet.

It focuses on the branch of agriculture and agricultural processes such as the production of pest resistant crops, disease resistant animals, biopesticides and biofertilizers whose mission is to nourish crops against microorganisms and climatic events such as drought and frost. All with environmentally friendly development.

As its name suggests, it relies on the use of marine and aquatic resources to create products and applications in the aquaculture, cosmetic and health sectors. One example is the control of the proliferation of harmful water-borne organisms, but it is also used to obtain biofuels from certain microalgae.

It is probably the least known, because it deals with legal, ethical and philosophical issues, as well as compliance with them in the field of biotechnology.

It is the most dangerous, because it is associated with biological weapons or bioterrorism. It is related to biological wars using microorganisms and toxins to cause disease and death in living things, whether human, animal or crop. 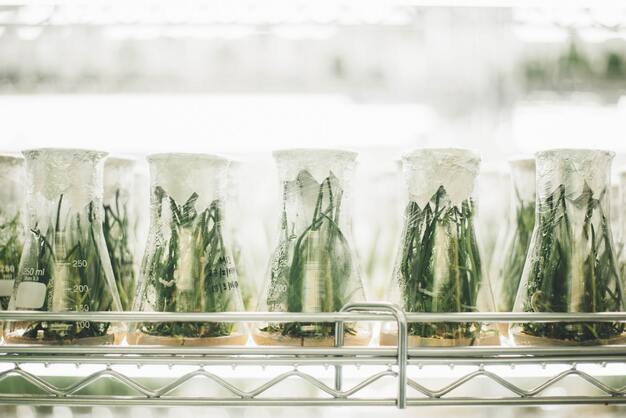 As we have said above, the applications of biotechnology are endless and will have even more presence. In recent months it has been crucial to decipher the genome of the COVID-19 virus, and to understand how the defense mechanism of our organism works against infectious agents.

Therefore, it will play a crucial role to cure and prevent future pathologies, but they are not the only applications. These are some of the fields in which it has more presence and transcendence:

Medical biotechnology is the use of living cells and other cellular materials to improve human health. Mainly, it is used to find cures, as well as to eliminate and prevent diseases. Serves to understand pathogens and human cell biology, as well as the study of bacteria, plant and animal cells, with the aim of maintaining human health.

It involves, in large part, the study of DNA to know how to manipulate the genetic composition of cells to increase the production of beneficial features that humans might find useful, such as new drugs and treatments. The most common examples are:

Applying modern molecular biology techniques improves efficiency and reduces the multifaceted environmental impacts of industrial processes, including the manufacture of chemicals and textiles. Includes the practice of using micro-organism cells or cell components, such as enzymes, to generate products in sectors that are industrially useful, such as food and feed, chemicals, detergents, paper, textiles…

Soon we can have self-curative concrete, plants that change color when they detect an explosive, clothing and footwear made of synthetic web, etc.

Technological advances have also reached the traditional agriculture model, where the switch to GM crops is being made as an alternative. This would allow maximum field yield and minimise the use of fertilizers and chemicals so that there are no harmful effects on the environment.

More tolerant crops are achieved to abiotic stresses (cold, drought, salt, heat), less dependence on chemical pesticides, reduction of post-harvest losses, improvement in the nutritional value of products… Some examples are the following:

With all the problems of malnutrition or food problems that exist in the world, biotechnology helps to infuse nutrients into food in the most extreme situations. An example of this application is the production of golden rice, where the rice is infused with beta-carotene and can be synthesized more quickly.

The most common examples:

Environmental biotechnology is the technology used in waste treatment and pollution prevention. It can clean up a lot of waste more efficiently than conventional methods and significantly reduce our reliance on land disposal methods. Therefore, nutrients are introduced to stimulate the activity of bacteria that already exist in the soil of a landfill or to add new bacteria to the soil. Bacteria help digest wastes directly at the site, making them harmless by-products.

Through bioremediation processes, very useful for ecological recovery, the catabolic properties of microorganisms, fungi, plants and enzymes are used to restore contaminated ecosystems. Some examples are: 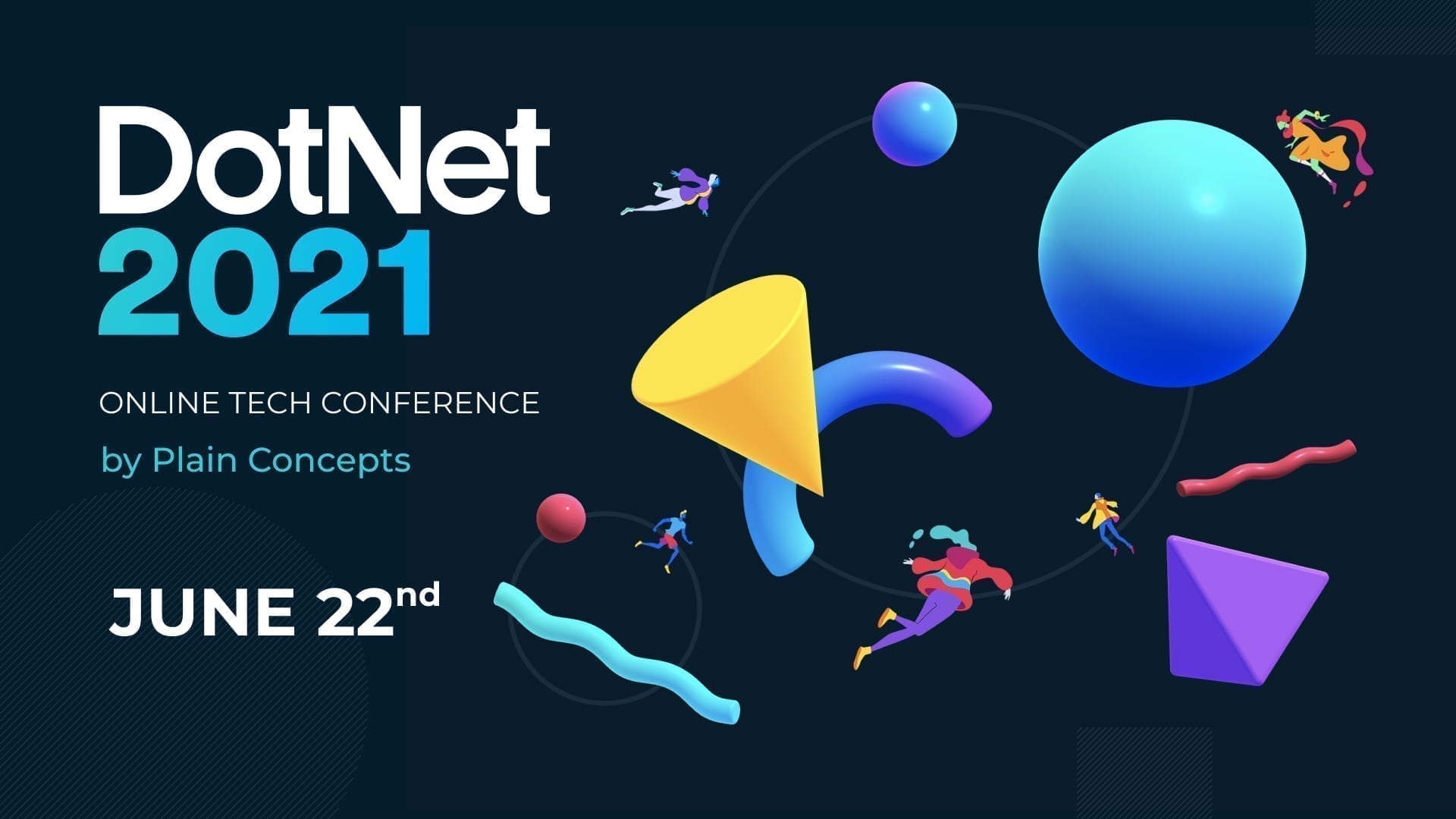 The fourth edition of the most important event for the developer community is here in free online format. Don't miss all the news about .Net technologies, Front, AI, Augmented Reality and collaboration tools. 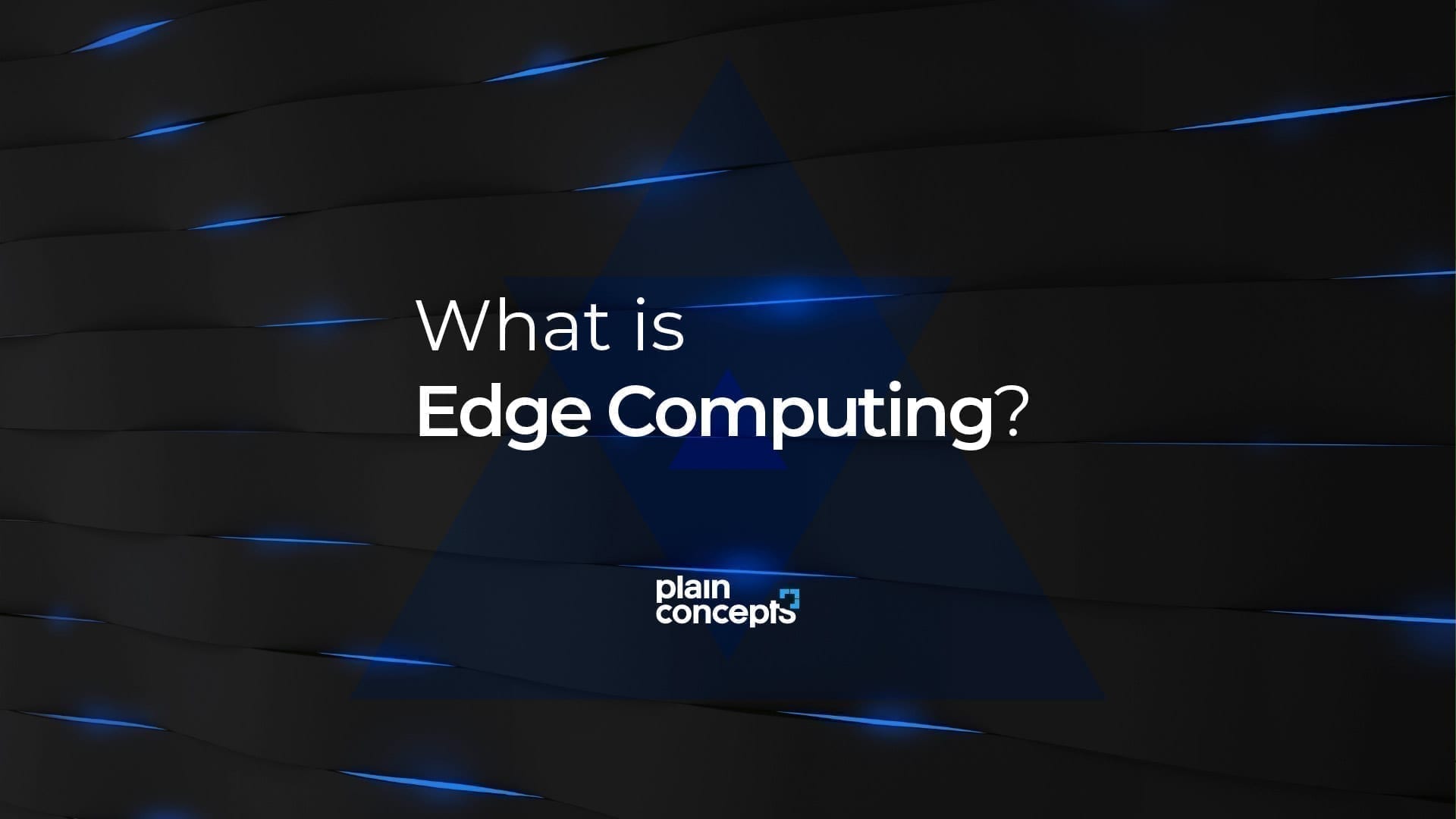 What is Edge Computing and why should you pay attention to it?

IoT devices are changing tradictional connections. The focus is now on Edge Computing and we're sharing with you all the details: what it is, its relationship with 5G and how it will revolutionize all sectors.