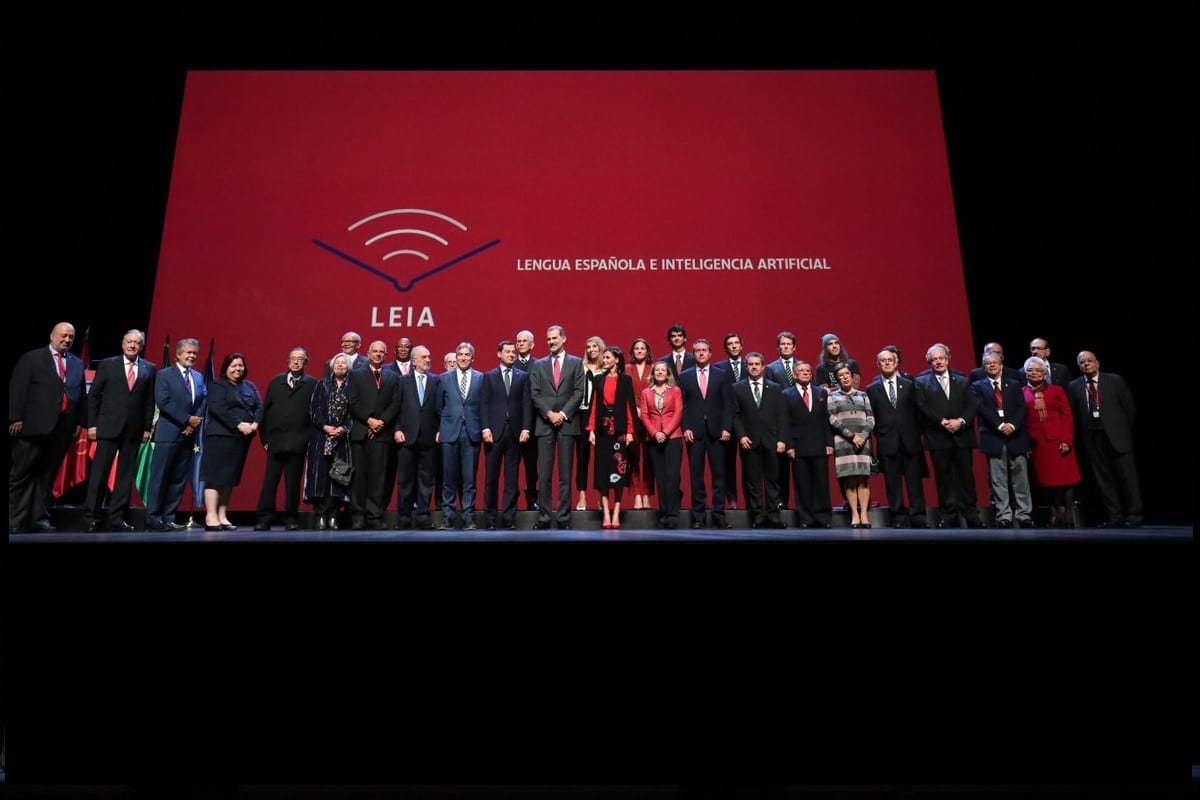 Plain Concepts and LEIA, the RAEs project to promote the correct use of language in technology

The Spanish Royal Academy of Language (RAE) presented its project “Spanish Language and Artificial Intelligence” (LEIA) during the XVI Congress of the Association of Spanish Language Academies last Friday in Seville.

This ambitious initiative aims at the defense, promotion and good use of the Spanish language in the digital universe and especially in the field of Artificial Intelligence and the latest technologies. The two main objectives that have been set are to ensure the proper use of the Spanish language in machines and to take advantage of Artificial Intelligence to create tools that promote the correct use of Spanish worldwide.

The LEIA project was initially promoted by Telefónica but is now supported by other companies such as Microsoft, Google, Twitter, and Facebook. These companies have signed an official collaboration agreement with RAE committing themselves to use RAE’s materials such as dictionaries, grammar or spelling in the development of their voice assistants, word processors, search engines, chatbots, instant messaging systems, social networks, and any other resource, as well as to follow the criteria on the correct use of Spanish approved by this institution.

Plain Concepts has collaborated on this initiative with Microsoft by developing a plug-in for Microsoft Word. A chatbot that answers any questions about the correct use of Spanish. The machine is fed by different sources of knowledge, such as the official dictionary of the Spanish Royal Academy of Language, but it also processes the stream from the RAE’s Twitter account to generate answers to questions that have been previously made on the social network.

Collaborating companies have been able to show some of these tools in this video. Some of them already exist or will exist very soon and are the result of the interaction between RAE’s language and resources and Artificial Intelligence. 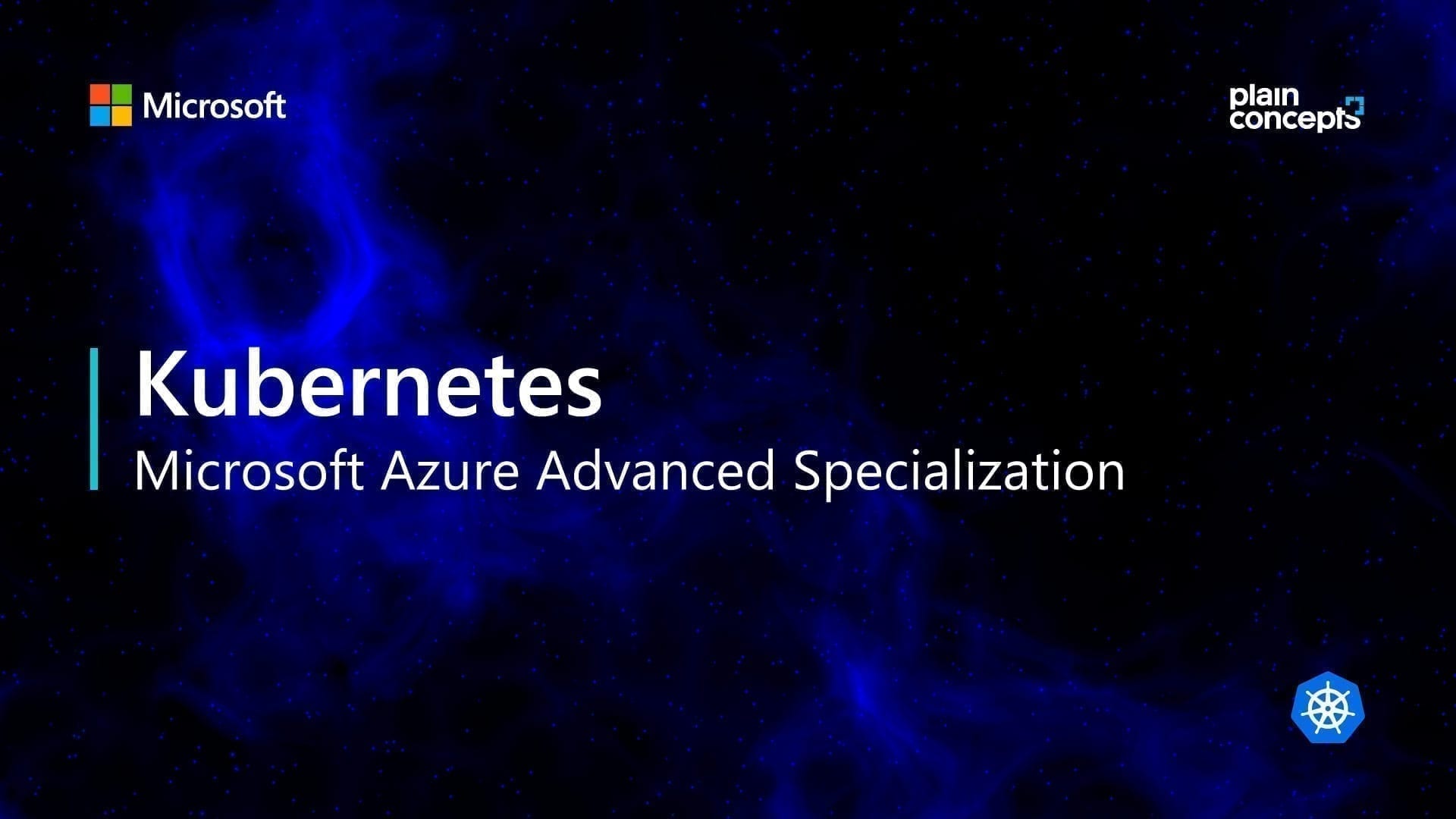 We have received the Kubernetes on Microsoft’s Azure Advanced Certification

From Plain Concepts we are happy to announce that we have obtained the Kubernetes on Microsoft Azure Advanced Specialization certification. 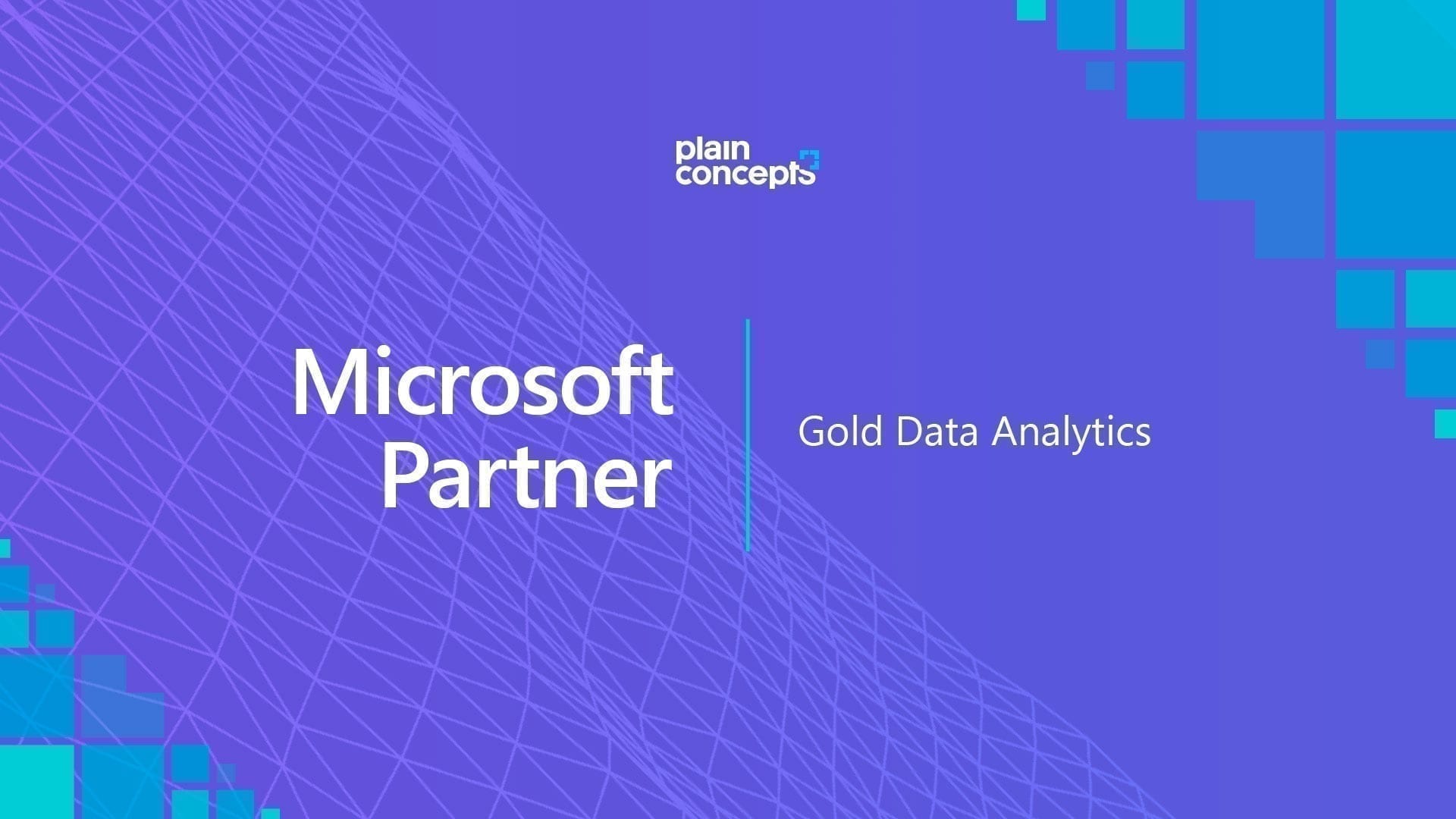 We have achieved gold certification in data analysis, which places us as the best in developing solutions for our customers.

These cookies are necessary for the website to function and cannot be disabled on our systems. They are generally only set in response to actions performed by you that amount to a request for services, setting your privacy preferences, logging in or completing forms. These cookies do not store any personally identifiable information.

These are cookies whose purpose is to analyze your browsing habits for statistical purposes. The information obtained is related to the number of users accessing the website, number of pages visited, frequency and repetition of visits, duration, browser used, operator providing the service, language, terminal used or the city to which the IP address is assigned.

Performance cookies are generally cookies from third party vendors with whom we work or who work on our behalf and collect information about your visit and use of the Plain Concepts website, such as which pages you visit most often, and whether you receive error messages from websites. These Cookies do not collect information that identifies a visitor. All information these Cookies collect is anonymous and is only used to improve the operation of this website. Third party providers may have access to this information and use it to improve their services and offerings in general.

Functionality Cookies allow a site to remember choices you make (such as your user name, language or the region you are in) and provide enhanced personal features. These Cookies cannot track your browsing activity on other websites. They do not collect any information about you that can be used to advertise or remember where you have been on the Internet outside of our site.

Third-party advertising and social media cookies are used to (1) present ads more relevant to you and your interests; (2) limit the number of times you see an ad; (3) help measure the effectiveness of the advertising campaign; and (4) understand people’s behavior after viewing an ad. They are usually placed on behalf of ad networks with the permission of the site operator. They remember that you have visited a site and will often be linked to site functionality provided by the other organization. This may have an impact on the content and messages you see on other websites you visit. If you do not allow these cookies you will not be able to use or view these sharing tools or view certain videos on our site.