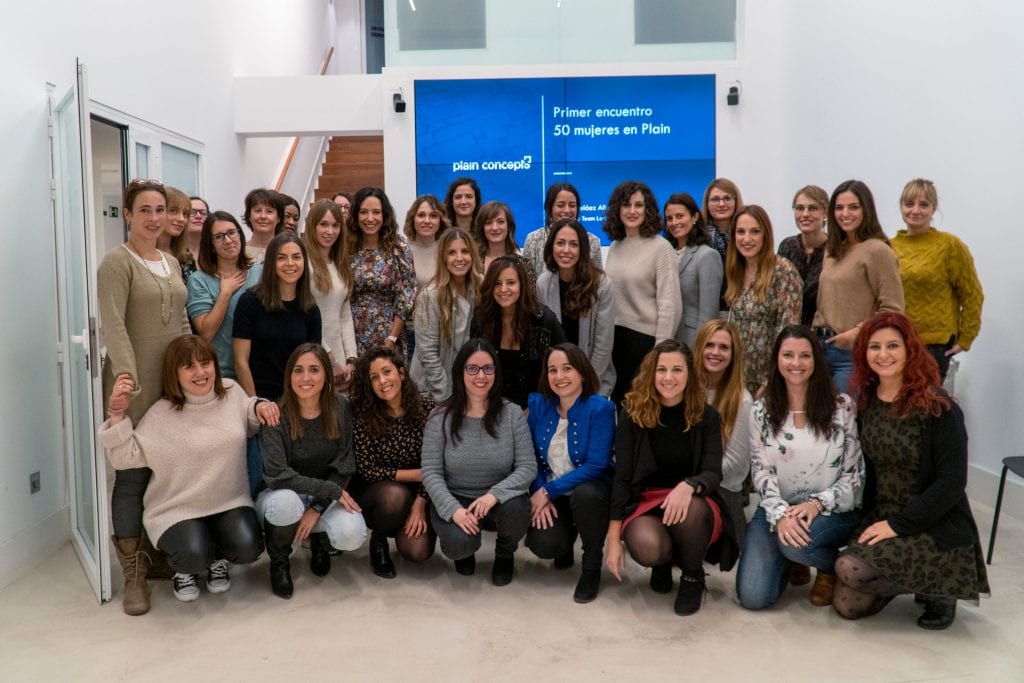 The first Meeting of Women of Plain Concepts took place on 16th November in our Madrid offices with the aim of encouraging the presence of women in the field of technology and raising awareness about the initiatives we are promoting to awaken STEM vocations (Science, Technology, Engineering, and Mathematics) and to improve reconciliation of work and family life.

At the conference held last April, we managed to gather 50 female professionals (today they add up to more than 62 in six countries) and put forward all the initiatives promoted by them in conjunction with the company.

Firstly, we announced our collaboration with Stem Talent Girl,

an association that promotes technology among girls and with which we collaborate through different training activities aimed at teaching and encouraging software development among the youngest girls.

We were also proud to sponsor events such as Women Women TechMakers, which was held that same day in Zaragoza. There Sara San Luís and Daniela Solís,

AI experts of Plain Concepts, had the opportunity to explain how Artificial Intelligence can help detect breast cancer.

Mónica Martín, software developer at Plain Concepts, announced the initiatives in which she has been working on. This is the case of the mentoring program for women Tech SHEssions, which aims to empower technical women to become speakers and develop women who serve as a reference in the industry. At the same time, Martín has participated in the creation of Women DotNet Spain,

the first Microsoft technology community for women in Spain.

Finally, Gisela Torres, Cloud Solution Architect at Microsoft, took the floor and gave a very inspiring speech, shared her personal experience in this sector and discussed the role of women in technology within Microsoft.

In order for women technicians to achieve greater visibility and be able to participate as speakers in talks and conferences, Plain Concepts has launched a series of initiatives so that more women can take part in actions such as our Plain TV, organize MeetUps or be part of our own events, such as the DotNet or the Singularity Tech Day.

On our part, we will continue working and doing our best to improve the ratios, as we are aware that this is still not enough. 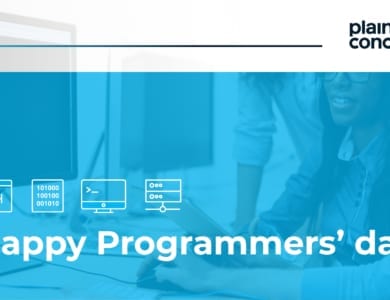 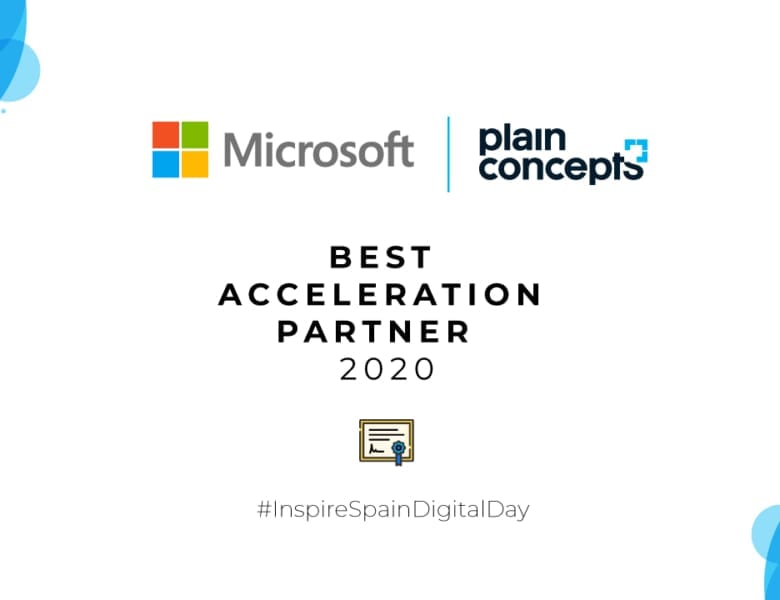 Plain Concepts has been awarded as best Acceleration Partner at MSInspire and our colleague Ingrid participated in a talk on Diversity and Inclusion.

Any cookies that may not be particularly necessary for the website to function and is used specifically to collect user personal data via analytics, ads, other embedded contents are termed as non-necessary cookies. It is mandatory to procure user consent prior to running these cookies on your website.