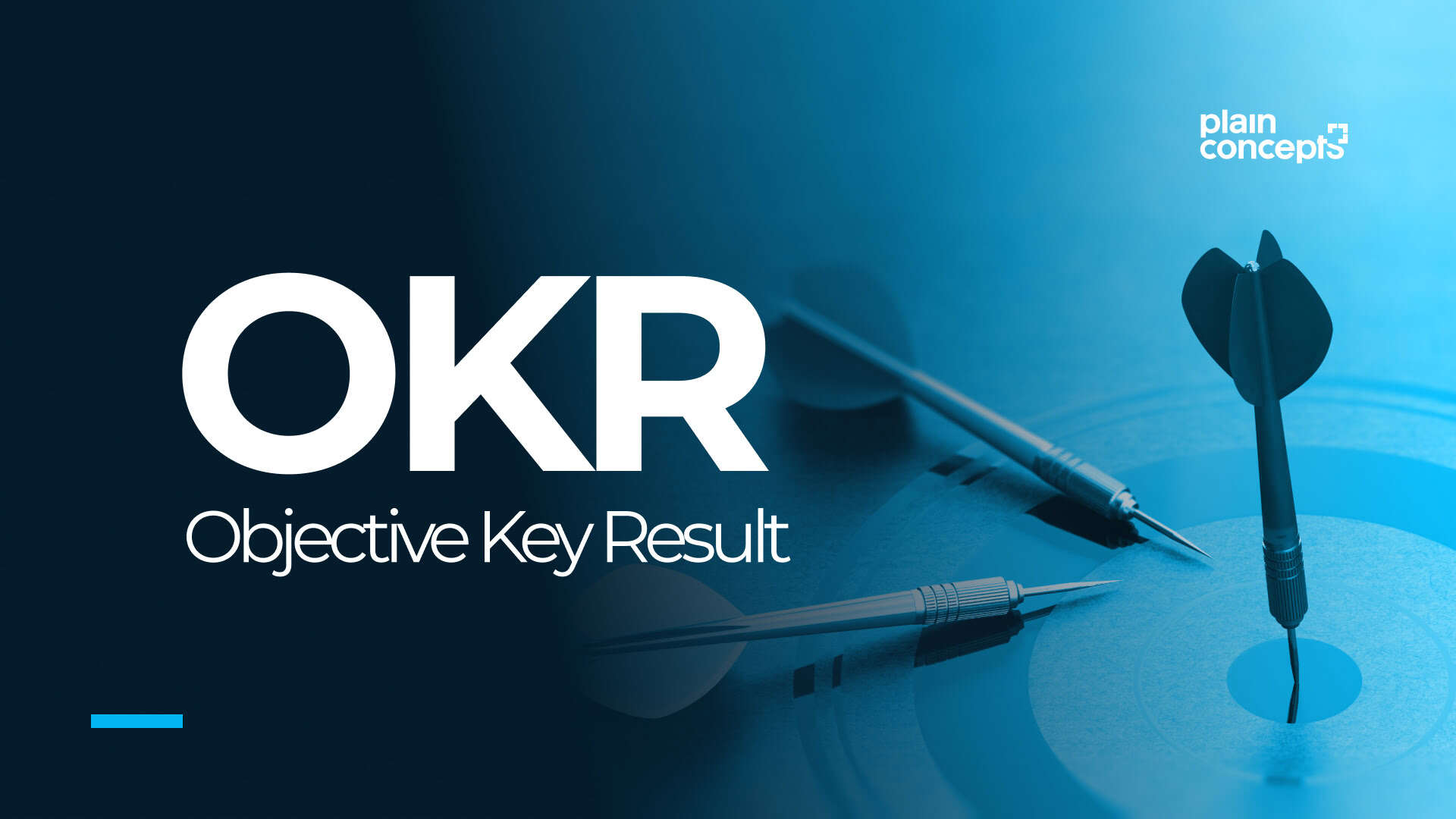 What Are OKRs and How To Implement Them In Your Company

Objectives and Key Results. Those are the words behind OKR, a work methodology that focuses on these concepts to achieve the company’s goals. According to Asana, “only

According to Asana, «only 16% of cognitive workers [who use mostly thinking and creativity for their workday] say their company is effective at setting and communicating its goals».

The OKR methodology can be the best tool to disseminate objectives and, above all, to check that their execution is succeeding. We explain everything you need to know about them.

Los OKR (Objectives and Key Results) were proposed by former Intel CEO Andy Grove in the 1970s. According to the executive:

In addition, these OKRs must be time-bound (monthly, quarterly…), so that employees can focus on achieving them.

On the other hand, the progress on a project marked by OKRs must be quantifiable and measurable.

Google popularized OKRs in the late 1990s when the company was still in its early days and searching for its corporate culture model. One of its investors, John Doerr, who had previously worked with Grove, recommended the methodology to founders Larry Page and Sergey Brin, who said: «We have no other way to run this company, so we’ll try it.» Today, OKRs are still a part of the Mountain View company’s corporate culture.

According to Doerr, in 2008, Google’s CEO Sundar Pichai, who was then leading software projects at the company, was considering creating a web browser. For him, the number of users would be the key result that would let him know if it was successful. With this result, he set a three-year goal to design what we know today as Google Chrome. In the first two years he did not reach the target number of users, but in the third year, according to Doerr, he «launched an aggressive marketing campaign, expanded distribution, improved the technology». That’s how it reached more than 100 million users.

The Benefits of OKRs

Linking objectives with results has several advantages for companies implementing the OKR methodology: 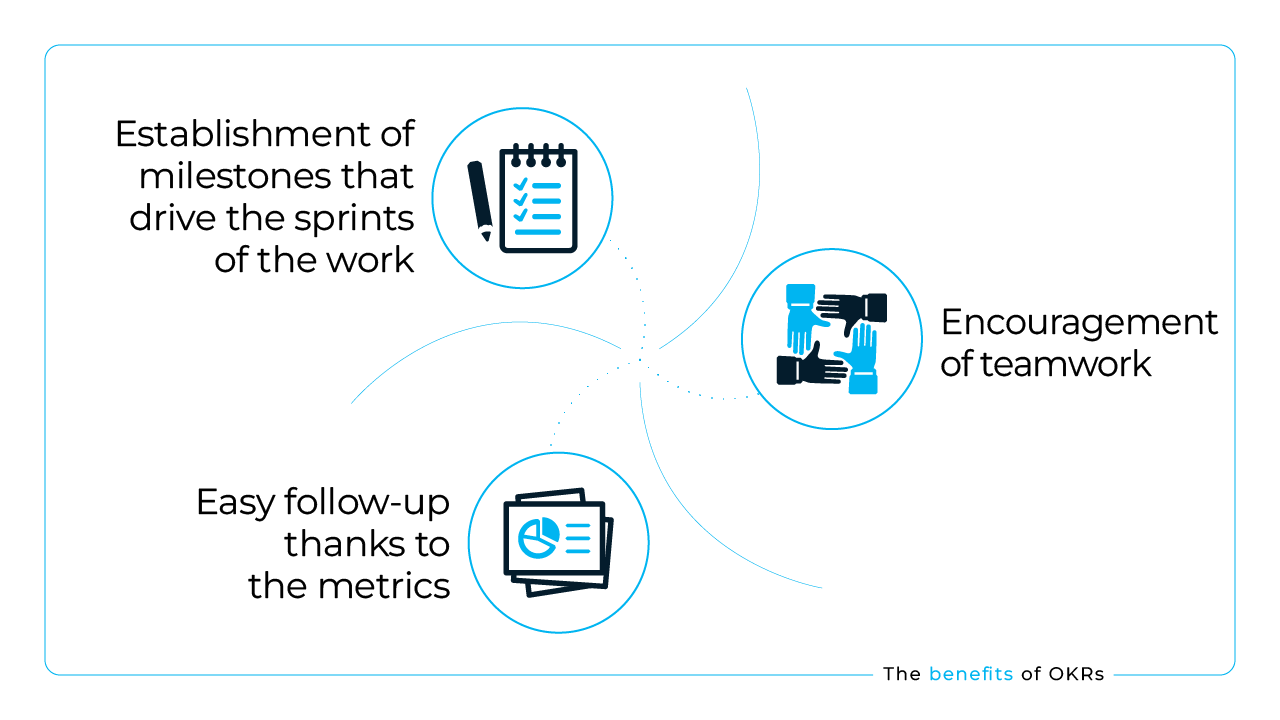 What Is The Difference Between OKR and KPI?

KPIs and OKRs should not be confused. OKRs are used to establish future corporate objectives, achievable through key results. KPIs (Key Performance Indicators) are data that analyze an ongoing activity to see how it is performing. Thus, KPIs would serve to check that KRs are succeeding.

In turn, KPIs can be used to set future OKRs. For example, if a web service is not getting enough leads (something observable through KPIs) a new OKR can be set to improve that number.

The example of OKRs and Google Chrome is a practical way in which the objectives and key results methodology can be applied in a company. But OKRs are not just for technology companies.

For instance, if a company of any nature wants to reduce its operating costs (which would be an objective), it can review its supply contracts or promote recycling and water campaigns (key results). Progress will be measured using tools or analytics set in advance to check whether the target is being reached.

If another company wants to increase its revenue (objective), it can aim to reach new markets, create new products or set new profitability (key results). Again, all of this is measurable and quantifiable.

Another example of OKR can be found in corporate marketing departments, which are also used to working with analytics tools. If they detect that there are fewer leads, they can set the objectives of doubling or tripling the subscribers to their newsletter and, to achieve this, have results in the form of a percentage: for example, a weekly or monthly increase in new subscriptions or downloads of lead magnets.

You can even set a personal OKR. John Doerr himself explained in an interview that he created an OKR which consisted of being at home for dinner with his daughters at six o’clock in the evening for 20 days a month. At that time, he would turn off his phone and Internet router to focus on his family. In this case, Doerr confessed that he did not always succeed, so he set a new benchmark that he did not disclose.

How To Apply The OKR Methodology In Your Company

Once you’ve decided that OKRs are a suitable methodology for your company, it’s time to implement them. The first step, as you have seen, is for a person responsible for the project to set the objectives and, derived from these, to set out key deliverables that each member should work on.

At all times, the team should be motivated by the objectives and ket results, so that members work together to achieve them and even formulate their own ambitious OKRs. Of course, they can vary throughout the development of the project, thanks to the input and assessments that arise with the daily work.

Do you want to create your own OKR?

If your company is a software company, Plain Concepts offers the following objectives and key results, which can inspire you to create your own in various departments.

We can also help you learn more about OKR and agile methodologies. We are just a click away to start working together!

What is a Scrum Master and What Do They Do?

This guide explains the role of the Scrum Master and how it is different from the Product Owner and the Project Manager.

We explain the meaning of backlog and give you examples of Product Backlog and Sprint Backlog to create your own templates.