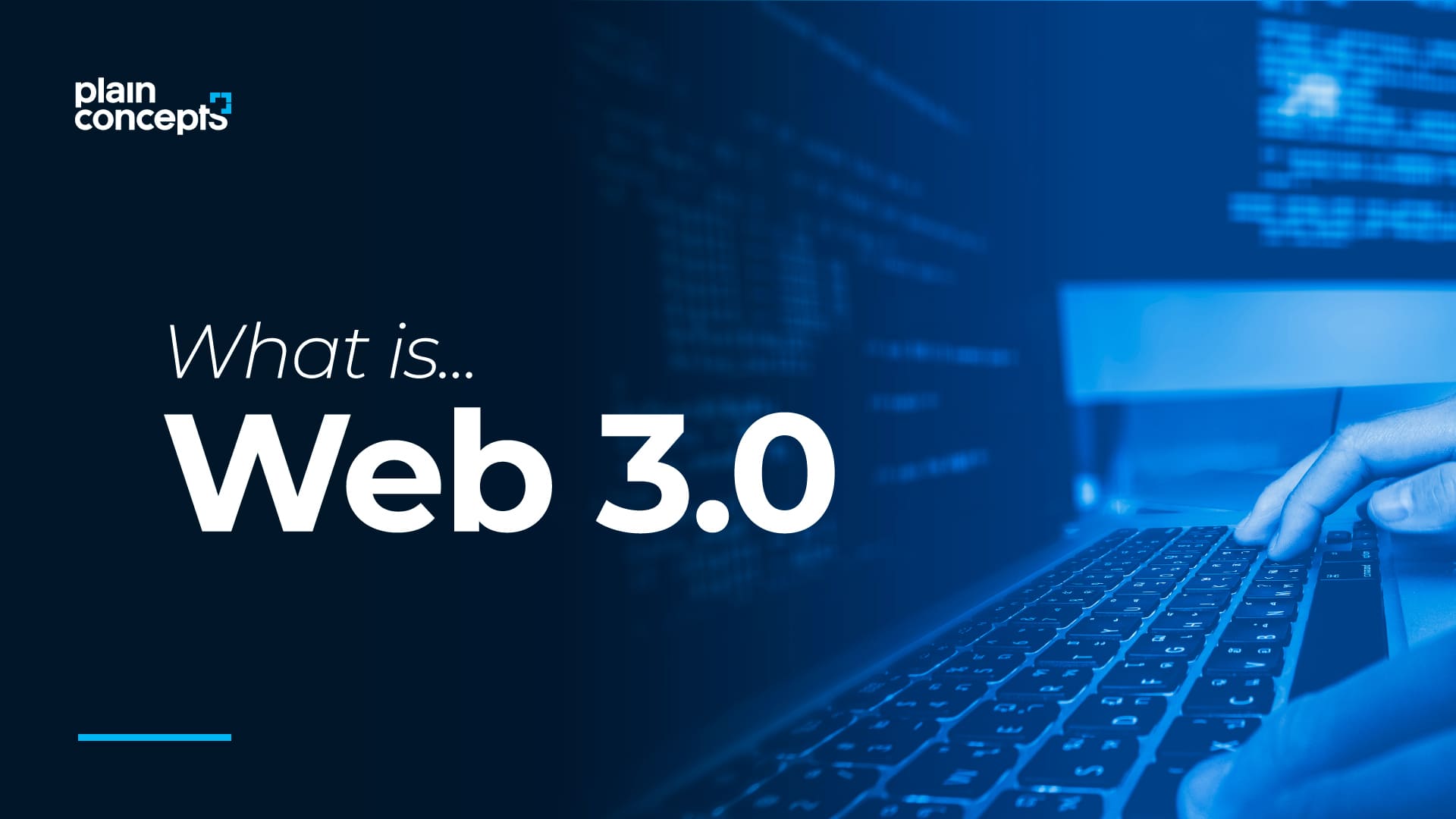 It seems like the third “version” of the Internet could be closer than we think, and it comes with the promise of decentralizing the control of content, enabling new AI processes, welcoming the metaverse, or including cryptocurrencies as its main payment model.

We analyze its features, pros and cons, the relationship with its predecessors, and whether it really has a place in our lives. Take note!

Web 3.0 is the third generation of Internet services that will focus on understanding and analyzing data to provide a semantic web.

However, there is no solid definition of Web 3.0, as it has not yet been fully implemented, and is based on ideology rather than solid facts that can be analyzed.

The goal of Web 3.0 is to create more intelligent, connected, open and user-friendly websites. In this context, users can create content while owning, controlling and monetizing it through the implementation of blockchain technology and cryptocurrencies or NFTs. Thus we find a great cooperation between Web 3.0 or Internet 3.0, blockchain technology and the metaverse.

The term Web 3.0 was originally introduced in 2014 by Gavin Wood, the co-founder of Ethereum, who explained that Web 3.0 would solve a problem of trust and security that many cryptocurrency users feel. In addition to ending the monopoly of a few companies to now act in the public interest.

Check out our Web 3.0 guide and learn everything companies should know about this new Internet era.

As I said above, we are moving in a still unknown system, but if we analyze the transition and development of the first two versions, we should expect a decade of transition between web 2.0 and 3.0.

Nonetheless, given the rapid development of the technologies on which web 3.0 will be based it could take a shorter period of time to gain a foothold. It is expected to completely change the way websites are created and how people interact with them. These are its main features.

It’s true that blockchain and cryptocurrencies are slowly being introduced into the current economic model, and it’s still uncertain when they will be completely integrated or become the predominant currency. However, in Web 3.0 cryptocurrencies are conceived as the method of rewarding content creators, who would receive a token every time someone accessed their material.

There will be a strong relationship between these three technologies, as they will be integrated, automated, and interoperable. The process is based on smart contracts which will be used to power different actions, such as transactions, censorship-resistant P2P file storage, and application sharing. It would be a total revolution in the way companies do business, as well as empowering users and creators.

Another key feature of Web 3.0 is the “infusion” of Artificial Intelligence in the process in which the Internet replicates how humans access information. This version would enable faster validation and delivery of information to the users.

Whenever we talk about the future, the metaverse is one of the first words that come to mind. Well, this new version of the Internet could be perfectly integrated with this virtual universe, allowing 3D designs of websites, as well as adding IoT devices in its periphery.

In this 3.0 version, the web will know each user, which is going to allow it to leave behind the thousands of entries that we currently find when we perform a search. Now it would adapt to every person, analyzing the data and personalizing the results.

Something crucial to the development of Web 3.0 is the technology at the service of creating a system closer to people, with intelligent programs, artificial intelligence assistance, and semantics. It is advancing by leaps and bounds, but there is still progress to be made in order to sustain this web.

Web 3.0 proposes protocols in which the users themselves are the ones who keep their data and share as little as possible. This aspect would go very much against the grain of companies or social networks that use as much of our data as possible to find out our consumer preferences or political opinions.

In addition, it is proposed that a model that has no restrictions whatsoever when it comes to publishing content. This, however, is a double-edged sword, as it would help to end censorship, but also the possibility of spreading fake news or hate speech.

Web 3.0 makes the Internet accessible to everyone anywhere, anytime, without depending on the connection on computers or smartphones, relying heavily on IoT sensors.

If Web 3.0 is implemented, no one expects an abrupt break between the two, but rather like the previous transition, where changes were implemented little by little. However, we see big differences between the two.

Web 1.0, also known as “Static Web”, was a network that allowed people to connect to a network, without going much further. It featured minimal interaction through contact forms or newsletter sign-ups, all through a linear sender-receiver discourse.

Users did not have the possibility to give their opinion or ask questions, in addition to having more control over the content. We can frame it approximately between 1989 and 2015.

With Web 2.0, known as Social Web, a major leap was made to the previous version, with an extension that allowed people to connect with other people. At the time when this extension appeared, users gained prominence in forums, blogs, social networks, video pages. It had its momentum thanks to advances in technology such as Javascript, HTML5, or CSS3, which allowed the construction of interactive web platforms such as YouTube or Facebook, social networks in general, and the production of user-generated content.

As for desktop software, it is transformed into a web application and the content radically changes the design in which it is presented. It started more strongly in 2005, up to the present.

As I mentioned above, Web 3.0 is also known as semantic web, and the main difference with the previous version is the implementation of a common infrastructure that allows machines to understand the meaning of the information on a website, facilitating the work of people, personalizing the browsing experience of each individual, and automatically filtering the content.

To make this possible, it would be based on the following technologies: RDF (provides descriptive information about resources), OWL (provides an ontologically structured language) and SPARQL (allows semantic searches on web resources). These would be the ones that would allow adding semantic information to the infinite number of existing webs, in a gradual way.

As we are at a time when Web 3.0 is just a set of ideas and “good intentions”, it is difficult to give examples that show what this new version of the Internet means, beyond the definition and characteristics we have given above. What makes us think that it will have a place in the future is the need we currently find for a more intelligent version of the Internet, where user searches are more relevant on a case-by-case basis, and where they are done with a language that is closer to natural.

The key to all this is for large companies and users to accept the change and adopt this new version, as well as convince them of the importance of privacy at this time. But this is not the only thing, as the technologies on which this model is based still need to mature a little more, making the path easier for everyone. Only time and technological advances will decide the future of this new Internet model, although this moment is reminiscent of when many scoffed at the transition from Web 1.0 to 2.0, so there is every reason to believe that this model will be implemented.

Why is Web 3.0 important for business?

With this paradigm shift, companies are expected to become more transparent and user-centric. All businesses related to user data will go through a revolutionary change and, regardless of the type of company, will benefit from the potential of blockchain technology.

Blockchain technologies have the potential to drive significant improvements in capabilities and lifecycle through reduced costs, improved efficiency, increased effectiveness and new functionality that was not previously possible or economically viable.

Capabilities such as semantic web, AI or ML are at the core of Web 3.0, so it has the potential to greatly increase application in new areas and greatly improve user interaction.

Decision making is one of the biggest challenges in managing a company. Over the years, the Web has become increasingly important as a source of information for managers involved in these decisions. Web 3.0 is the answer to the contextualization of existing information according to the specific needs of the user.

This advance will bring with it great opportunities for the growth of companies operating in the area of information technologies, as organizations will feel the need to update or redesign their web presence. Improved personalization will enable a better user experience, and the consumer will be able to benefit from accurate and context-aware response, efficient management of time spent on the web, etc.

If you can’t wait for this to happen and want to know the technological trends that will mark 2022, don’t miss our article in which we explain them one by one. 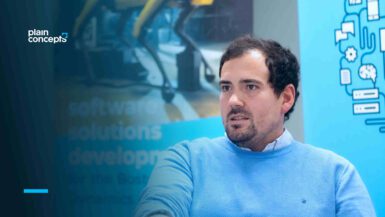